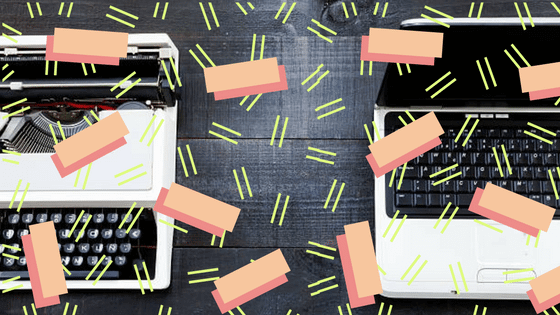 We’ve been writing about Facebook’s constant changes to its newsfeed. We’ve been advising how to survive the reach crush, the dangers (and unsustainability) of the clickbait culture, why understanding how Facebook works is tough and even some tests with the Explore Feed that caused widespread alarm when post reach fell by about 50% in some countries.

Every year, Facebook’s CEO (Mark Zuckerberg) sets himself a goal for the upcoming year. It started in 2009. “After the start of the recession in 2008, I wanted to signal to everyone at Facebook that this was a serious year for us”, Zuckerberg posted on January 1, 2009.

And so, he wore a tie to work every day, trying to find a good business model for Facebook.

Well, he did find one: the most powerful audience-based, hyper-targeted advertising system in the world.

Fast-forward 8 years and here’s what you get from the 2017’Q3 earnings call:

Yes, you found a business model.

After other goals such as “Becoming a vegetarian (2011)” or “Read a book every other week (2015)”, 2018 came in with a fresh surprise: Mark wanted to fix Facebook by bringing people closer together.

We got two important posts on the topic. One from Mark himself, the other from Adam Mosseri (Facebook’s Head of News Feed).

Both share a very clear and bold statement: “Facebook was built to bring people closer together and build relationships”. As Adam puts it: “Over the next few months, we’ll be making updates to ranking so people have more opportunities to interact with the people they care about.”

Additionally, “Because space in News Feed is limited, showing more posts from friends and family and updates that spark conversation means we’ll show less public content, including videos and other posts from publishers or businesses.”

What’s the catch? Is this really a ‘good thing’ the folks at Facebook are trying to achieve? Are they really altering their advertising-driven business for ‘better relationships’?

Allow me not to be so naive.

Every time I see one of these philosophical and inspiring decisions, from big tech companies, instead of the CEO, I prefer understanding what’s on the CFO’s mind.

I was always fascinated by this simple economic concept: supply and demand, so bear with me.

On that same 2017’Q3 earnings call, here’s what David Wehner (Facebook’s CFO) had to say:

(Users) — Where Facebook still has space to grow, they’re subsidizing internet access and increasing their pool of potential users to be targeted by ads and, of course, for them to have better relationships. Still, growth has slowed.

#2 — “(…) this is really being driven off of a couple of things. One is just the auction dynamic, which has — as supply growth has slowed, then there’s more competition, and you’re seeing prices increase as demand continues to grow”

On Advertisers, when asked why the 35% price increase in ads, David identified that because demand for more advertising continues to grow and supply on user growth slowed, than pricing was affected.

The beauty of supply and demand.

And what about when David shared his view on how advertising revenues would grow in the future?

#3 — “Going forward, we also expect the growth in advertising revenue will increasingly be driven by price. This is a shift from prior years when growth was primarily driven by increases in supply.”

Driven by price, which means that, economically, there will be an unbalance between supply and demand.

Why do I mention these three interventions?

It seems odd that a couple months before this new change, Facebook’s CFO has a clear view of how the advertising business would grow due to price increases but then this fable about ‘fixing Facebook’ comes as a yearly goal.

Perhaps I’m being pessimistic or just not seeing the good in people this time (believe me, I try).

As mentioned before, Facebook has become utterly powerful. As Joshua Benton (Nieman Lab) put it, it “has become the single largest distributor of human attention in the history of the world”.

Over the last few years, the publishing and media industries gave up on the fight. “If you can’t beat them, join them”.

And they did, and they’ve tried. So many experiments, so many newsfeed changes, so many formats, so many new things to “develop new audiences” on the platform.

They were beta-testers, they pivoted to video, they pivoted to live. They fired people, they hired people. They reprioritized departments, they renewed talent. They went to Instant Articles, they joined the Facebook Journalism Project.

They really tried. But I think Facebook is just done with Journalism.

All of those strategies were quick wins trials for publishers with a clock bomb on their hands. Joshua is once again on-point in this:

“Any publisher with any kind of meaningful cost structure whose revenue strategy relies solely on or even primarily on bulk digital advertising was already screwed; this will make that more clear more quickly”. (Joshua Benton)

What these folks were developing were not audiences. They were just quick traffic hacks. Audiences were being developed by the ‘old guys in the room’, the ones which focused on quality content, memberships, and other paid subscriptions. Those are the ones who will likely suffer less from all these changes.

We might come out of this with a better, more sustainable media industry.

Does this mean that everything changes from now on? My hint is no, it doesn’t. The industry is addicted to the platform.

“We first make our habits, then our habits make us.” (John Dryden)

The game is the same, but they’ll find new rules to play it. New ways to game the algorithm. New paths for that extra view, that basis point increase in reach, that important but unsustainable KPI.

Here are my predictions (if I may) of the impacts of these change:

We’ll see small brands going back on how everything started: public profiles, flooded with their business-related content.

Remember when famous people were posting something like “I’m sorry but I can’t accept any more requests as I’ve now reached a 5,000 friends limit”.

For most SMB’s it might just be more effective not to have a Facebook Page. For the algorithm, they’ll be “one of us”, a friend (and not a business).

That could make the whole Facebook experience just a little bit more annoying: can you imagine having 23 new Friend Requests (out of which 18 are businesses)? Or going to your Messenger account and having 7 messages from brands telling you about their latest blog post?

Mark mentioned this: “The first changes you’ll see will be in News Feed, where you can expect to see more from your friends, family, and groups.”

We may see larger pages starting to converge conversations around their groups and using Pages just for brand awareness or advertising purposes.

This may lead them to appear more often in the newsfeed as groups will show higher there. However, there’s the risk of becoming as unmanageable as Linkedin Groups, were a semi-anarchy on posting permissions gives way to spam-feeds in almost every group.

It will become more expensive to advertise on Facebook. Although David (the CFO, remember?) mentions that “we’ve been getting better and better at targeting as we optimize for real business results for advertisers”, what this really means is that for you to get those real results, you’ll have to pay for them. And now, you’ll pay more.

Supply will be greatly affected and I have no reason to believe that demand for ads will stop growing. This is the price increase David was talking about.

I’m unsure how these changes will affect one of the biggest problems on Facebook right now — filter bubbles — where users are shown similar content from similar people fueled by an algorithm that knows what they’re more likely to engage with.

When I reflect on the points above (especially groups) and read (once again) Adam’s views:

these algorithms, or “weapons of math destruction” as Cathy O’Neil would call them, are increasingly effective in getting you in one of these bubbles and even more on keeping you there.

For democracy, for free access to information, for society, I’m unsure if this is a positive thing or not. I guess we will have to wait until the next newsfeed changes come to us, probably in 6 months or so. 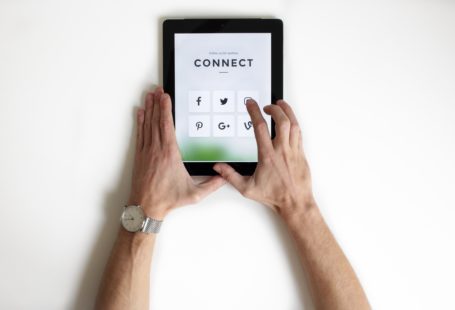 4 Eye-Opening Reasons to Measure The Effectiveness of Social Media 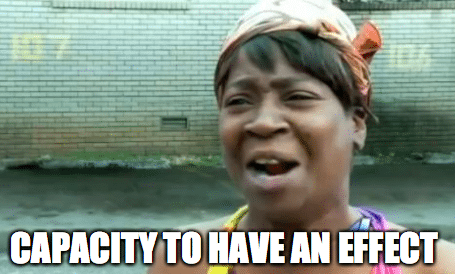 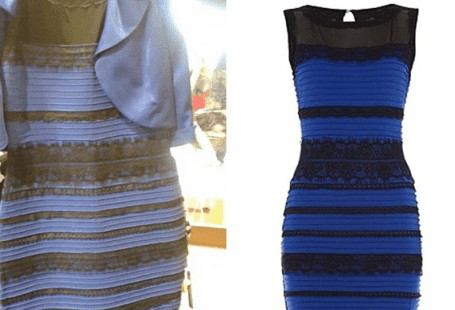