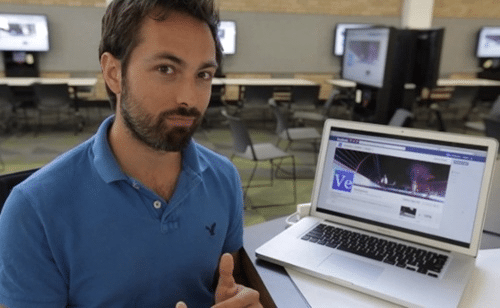 He doesn’t write or give presentations about any of these issues. But he has a well-formed opinion on it, as only “a science communicator” could have. I’ve always loved people related to science for this reason: they give a different point of the view to a question that I never thought about in a different way, and this is definitely what make us learn and evolve.

So, for the first interview, I couldn’t be happier to talk with Derek Muller, best known for creating the YouTube channel Veritasium. On this channel you can find videos of interviews with Nobel laureates or science experiments. But what caught my attention was this video called “Facebook Fraud.”

Here, Derek makes a reflection about Facebook and its business model. Moreover, he presents a real experience with a Facebook page to show that what it sells to brands & companies (targeted and engaged audience) isn’t as clear as it states. I truly recommend that you watch this video if you manage a Facebook page. I don’t completely agree with his point of view, but this made me think differently and I would be more worried about putting my money on it.

So I sent him a couple of questions to discuss some of the issues he talks about in the video and also to make a connection with what we make here in GetSocial.

Nowadays, it’s very usual to see in the marketing budget of a company a share for Facebook advertisements. This is a trend that doesn’t seem to be stopping and Facebook numbers (1.28 billion monthly active users and $2.5 billion of revenue in the first quarter of 2014 — Reuters) validate somehow the necessity of paying to create a strong presence, following the old saying of “a company should be where their customers are.” Then, I asked him if it’s still worth a huge investment on paid advertising on the biggest social network in the world. He said, without any doubt, “I think there are better ways to spend an advertising budget,” but he states, “I’m not really a marketer.” However, he comments, “I think organic growth on Facebook is really the only way to go and the only way to make your use of the platform effective.” His main concern remains on the validity of paid fans, “which then restricts your ability to reach real followers.”

The previous question was the spark needed for the next one. This is one thing that already intrigued me a long time ago: “a like no more means a real fan.” After all, a real fan engages with the brand and it doesn’t seem to be what is happening on Facebook. Derek agrees with me in this point: “A like should be a real like. A like from Facebook advertising does not seem to be worth the same as a ‘real’ like.” Of course, he says again that he isn’t at all a Facebook expert and so his opinion is based merely on what he sees every day. He adds, “I don’t know if this is Facebook’s fault or just something that happened due to the fake like industry.” He says that maybe the origin of the problem isn’t on Facebook, but that Facebook isn’t doing enough to stop it.

In the world of social networks, there are clearly two visions: curated or not-curated feeds. The first is mainly embraced by Facebook; the last is what you find on YouTube, Instagram or Twitter. This feature affects our lives more than we think. It’s the difference between being permanently bombarded with content that we don’t want, despite being the most shared among our network (do you remember the last time you saw nothing about politics, religion or sport?), or having the power to curate the content for ourselves. “It’s very difficult to curate a feed for other people,” Derek says. “This is why they (YouTube, Instagram, Twitter, etc.) allow the user to decide what they will see, how much of it, and when.” Derek has the opinion that only Facebook could do a good job with this, but also says that it happens for its own interest. “I don’t think Facebook would filter either unless they thought it was their best chance of earning revenue,” Derek says.

Returning to the side of an administrator of a Facebook page, there is a big concern. What we’re seeing now, shown also by Derek in another great video called “The Problem With Facebook,” is that pages are paying to have their own fans (who in fact they already paid to reach) see their content. And that isn’t fair, especially because of the possibility of some of them being fake fans. When I asked if Facebook should let admins of pages reduce likes and eliminate these fans, Derek’s answer was clear as water: “Absolutely!” And he gave his own example. “Now I have 80,000 likes I would like to get rid of but can’t.” Once again, this a problem that all of us, mainly marketers working with Facebook pages, would like (no, love!) to be solved by Facebook. But apparently, nothing will change because this a big piece of the puzzle that Facebook has been building for years, resulting in the existing business model.

In his video “The Problem With Facebook,” Derek states that “people go to Facebook to catch up with friends and family and share pictures and messages.” When I asked him if there is potential to explore in what people share about brands, having here an alternative to traditional ads, he isn’t particularly confident about that. “The problem is, most people don’t share that much about brands,” Derek says. He adds, “That is why Facebook must allow the big advertisers to pay to put their message in front of fans,” showing that he doesn’t dislike traditional advertising on Facebook, only the way it’s done today and forced by Facebook. This point is where there are bigger differences between us as we believe in the power of people to promote brands. Today people can make a global impact wherever and whenever they want, and our vision is that it’s only missing a proper way for people to express themselves online.

When I explained what we’re doing at GetSocial, Derek was reticent but at the same time curious. We’re creating a product that will allow online stores and other websites to increase their engagement but this will also make people share more of their lives. He gave the excellent example of Spotify: “I set my settings to ensure nothing is shared and no one knows what I listen to because I don’t want them to know.” It’s his position, like many other people. But how many of us do the opposite? It’s exactly that pain that we want to solve. We want that when someone goes to an online store, they can easily check recommendations, wishes and bought products of their friends. We want people to have the opportunity to express themselves online with more than a ‘like’ or ‘share’ button. Our big vision is to connect the online and offline worlds, getting them even more social.

At the end of the interview, I asked if he believes that Facebook will change something based on what he showed and the impact that his video had (more than 2 billion views is a lot of impact!). “I have no idea, but I hope they do,” he said. And he made a strong statement: “I do believe if they don’t change they will go downhill.” We will all be here to see that. At least the discussion around the future of Facebook already kicked off.

And you, what do you think about what Derek defends in his video “Facebook Fraud”? What are your biggest concerns with Facebook and digital marketing in general as a marketer? I’d love to hear your thoughts!

Who Are Millenials And What Do They Want From Me? 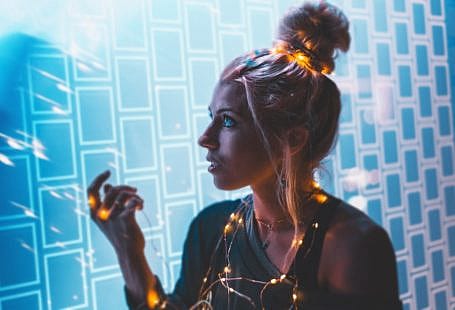 Our New Virality Score is live 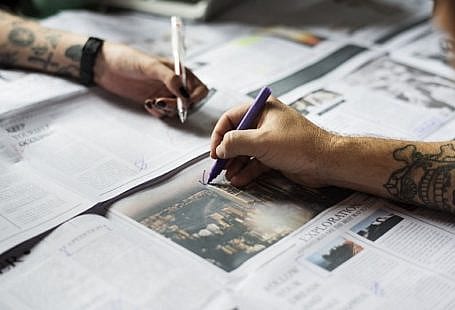 How Publishers Are Dealing With Constant Change