The 5 Most Ridiculous Kickstarter Campaigns Ever 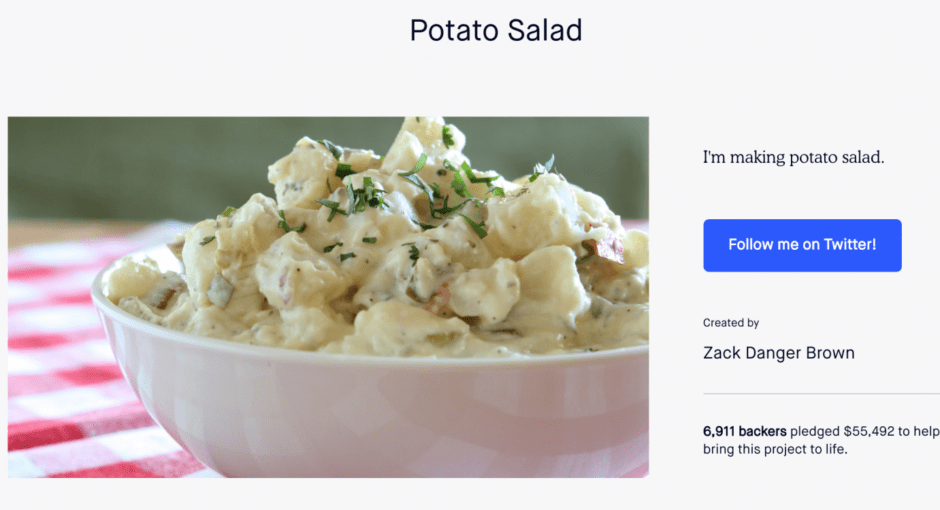 While Kickstarter can be a fantastic way of supporting new companies/products and helping to develop ideas into something real, there’s also the odd occasion where ridiculous campaigns are set up — and then actually supported … by real people.

And what did they get for their money? The opportunity to have Zack say their name while making the potato salad (by pledging $2), a bite of the potato salad ($3), a say in which ingredient to add ($5), the chance to hang out with Zack while he made the salad ($10), a specially-written haiku ($20), a potato-themed hat (very popular at $25), a t-shirt ($35), a recipe book ($50), or all of the above ($110). Bargain. All jokes aside, a significant portion of the money raised went to the Columbus Foundation, which according to Zack “will create a permanent fund to help Central Ohio’s non-profits end hunger and homelessness.”

Not his actual head, but rather a giant inflatable head, similar in appearance to the one famously sculpted in the video for ‘Hello’. This art project was the brainchild of Dave Glass and Kill Cooper, known as Hungry Castle (who describe themselves as making “public art for planet earth”), and saw them take the head to the Isle of Wight music festival, Bestival. Festival goers then had the bizarre opportunity to enter Lionel’s head for “an immersive, slightly surreal and very personal experience”. Inside the head was a telephone, which would then ring, and the person answering would hear ‘Hello, is it me you’re looking for?’ £8,016 was pledged, well over the target of £4,900.

Writing Stupid Things In The Sky

This one does exactly what it says on the tin. Kurt Braunohler decided to try and raise money to buy a plane so he could write stupid things in the sky. Explaining why he wanted to do this, Kurt wrote, “I think we can all agree that life is pretty bleak place to be a lot of the time. Often you might even think, “Who thought this was a good idea to begin with!?” (God — what a jerk.) But I think that if there’s a way we can, just for a fleeting moment, give strangers an unexpected gift of absurdity, then I think we can make the world a slightly better place.” 257 backers pledged $6,820 to bring Kurt’s project to life. And what did they write in the sky? “How Do I Land?” Great work.

Launch A Tardis Into Space

2013 was the anniversary of Dr Who, and to celebrate, some hardcore fans decided to build a replica Tardis and send it into space. And they didn’t just mean sending a tiny plastic model up into the sky. They meant putting a properly large Tardis into the payload bay of a real rocket, and sending it into Low Earth Orbit. “The guys on the International Space Station will be able to look out their windows and say: “Check out that police call box floating by””, they wrote on the Kickstarter page. 3,231 backers pledged a whopping $88,880. That’s a lot of Dr Who fans and a lot of cash.

Everybody remembers the classic flying bicycle scene in E.T. Parents all over the world must’ve been telling their kids, “Don’t try that. You can’t fly like E.T. He’s an alien. You’re not,” with limited success. But a Kickstarter campaign attempted to give kids and adults alike the opportunity to ride a flying bike. The “XploreAir Paravelo is the world’s first flying bicycle; a conventional two-wheeled bike that transforms into an easy-to-operate aircraft requiring no licence to fly and capable of altitudes of up to 4,000ft.” That’s high, but unfortunately, so was the financial target. 153 backers pledged £9,750 of the £50,000 goal. Bikes will be staying on Earth for the time being.

That’s it. I hope you had an informed laugh about all this. I guess the silver lining, once more, is the true power of social media to make everyone’s dream come true (even the oddest ones):

How to Write Effective Articles for SEO 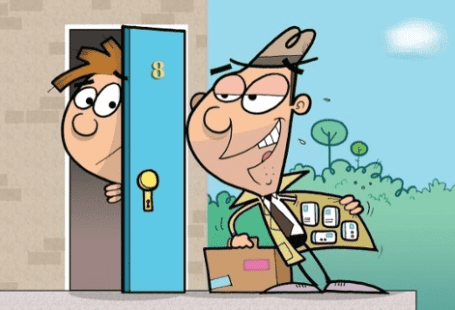 How to use Social Media & Analytics to increase sales 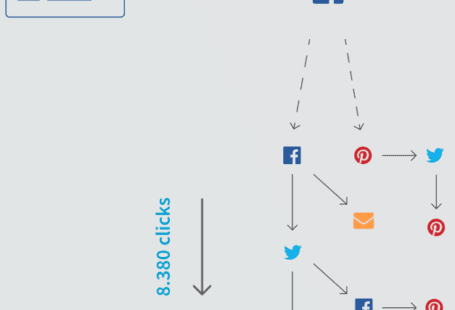 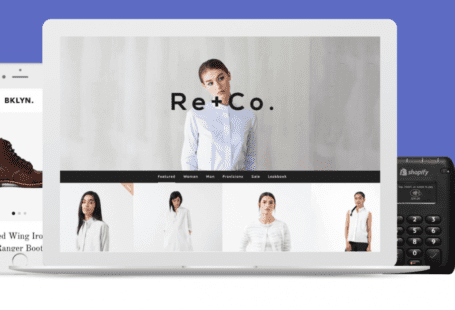