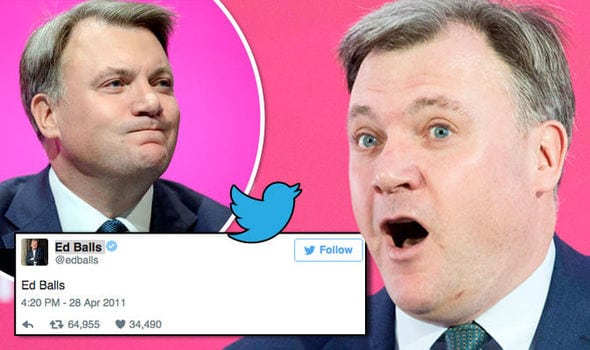 April 2011 saw the birth of Ed Balls. Not the stout middle-aged politician himself but of something rather more catchy. For at 4:20 pm, April 28, 2011, Ed Balls did something that would change Twitter forever: He accidentally tweeted his own name.

This delighted the denizens of Twitter. A new user on the micro-blogging platform, poor Ed was clearly just trying to get to grips with the format, and most likely thought he was searching his own name. Ed valiantly decided to leave his techno-faux pas online and Twitter users quickly began to celebrate with memetic aplomb.

The trend went from strength to strength and is now, four years later, stronger than ever — although many of the joke’s pioneers may feel that it has run its course. But the beauty of Ed Balls is that it is mostly esoteric to Twitter. Every time Ed Balls Day comes around, a whole new generation of Twitter users discover the joke, experiencing it for the first time and reliving the blissful happiness of so many before them.

By definition, something that is ‘viral’ spreads copies and mutates other objects to become more like itself. It gets shared on social networks before creating its own genre and inspiring evolutions of the original; photoshopped images, GIFs, memes, parodies.

We can cite a prominent Twitter user stumbling across an obscure GIF and tweeting it out, or a big blogger picking up on a thread in some tenebrous deep web forum as making something become viral — but these are just the mechanisms that propel a meme to stardom. They are not signifiers of innate viral pedigree.

I think that a better signifier, other than the logistics of sharing online content, is emotion. If something can inspire emotion in an online user, then it has a fair chance of going viral. We share by emotion, and our emotions are rather complex things.

Like Ed Balls. And Ed Balls is just one of many awesome-bizarre trends that nobody with a straight face could stand up and declare that they predicted.

Everybody will remember The Dress. Marketing managers across the developed world consume trillions of flat whites trying to get their products and clients to go viral with fiendishly clever campaigns. Then this single dress comes along, effortlessly shimmying into everybody’s conscious, in a single day dividing humankind into two warring camps. It created an us-vs-them complex, what could be termed the Jaffa Cake Phenomenon: When we are divided, our emotions come to the fore. The Dress did this superbly and deservingly went viral.

Kylie Jenner’s lip challenge is a recent exhibit of, if not unpredictable awesome, unpredictable worry. Whilst 10 years ago, suggesting that men might consider adorning their beards with pretty daisy chains and other miscellaneous flowers would be enough to get you ex-communicated, by 2014 the internet was awash with such insanity.

Surprisingly, the innate unpredictability of viral pre-dates the internet too. 1987 saw the creation of Apocalypse Pooh (the video that invented the entire internet mashup genre), a bizarre short film that featured visuals from Winnie The Pooh shorts The Honey Tree and The Blustery Day set against edited portions of the soundtrack to Francis Ford Coppola’s masterpiece Apocalypse Now.

Driven by screenings at contemporary art houses and comic book conventions, the film — though not to make its way into mainstream popular consciousness until being uploaded to the internet 18 years later — went viral. Bootleg VHS copies of the video proliferated exponentially, especially so at the comic cons, and the film became a legend.

To become a viral legend then, is to become a vehicle for emotion. Offering a vessel for others to express themselves — no matter how plainly, Ed Balls — is all you need to do if you want to create something with true viral pedigree.

And that’s probably the only predictable thing about the unpredictable awesome of viral trends. 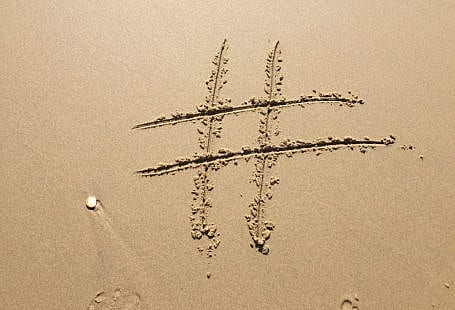 The 5 most important hashtags of all time