What is Dark Social? The Truth and 4 Myths 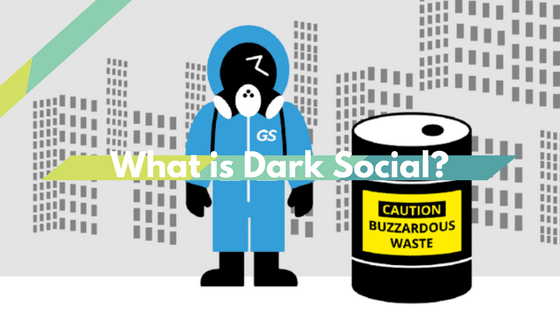 A simple search on Google will open the door for thousands of blog posts about Dark Social. Yet, there are still many misconceptions about what it is, how it’s being tracked and why it’s useful.

Like all Marketing related stuff, when a concept becomes a buzzword, you see a lot of people trying to jump on the bandwagon and capitalize on the trend. Dark Social wasn’t an exception.

But many don’t fully understand what it is and, instead, mix concepts such as customer support or dark web (we’ve actually been introduced at a conference as a company who tracks what happens in the dark web).

I’ve seen a recent flood of posts being written about it and, unfortunately, there is some confusion about the overall concept and how it can be solved.

After all, the 1000+ hours I spent researching the topic should be enough to know what Dark Social is NOT, right?

What is Dark Social?

Just to have a clear idea before we go into what it is not:

Dark Social describes private sharing via WhatsApp, Slack, email, text messages, etc., and it’s wrongly classified as Direct Traffic on your analytics. It’s not so simple to track, but it constitutes around 65% of all social shares (according to our GetSocial data published in BuzzSumo Content Trend Reports 2018), so it’s kind of a big deal!

This means that this vast trove of social traffic is essentially invisible to most analytics programs. I call it DARK SOCIAL. It shows up variously in programs as “direct” or “typed/bookmarked” traffic, which implies to many site owners that you actually have a bookmark or typed in www.theatlantic.com into your browser. But that’s not actually what’s happening a lot of the time. Most of the time, someone Gchatted someone a link, or it came in on a big email distribution list, or your dad sent it to you.

At one point or another, we all contribute to this phenomenon. In general, we tend to feel more comfortable sharing certain types of content in private channels with close friends, rather than our Facebook page where everyone can see it.

Now that that’s out of the way, let’s go into some examples of what isn’t Dark Social.

#1 – Customer Support is not Dark Social

When a brand is interacting with a potential client on a private channel (e.g. Facebook Messenger), this is simply good old customer support… happening on a messaging app.

Here’s an example of this misconception: A pretty good guide about how to track Dark Social in Google Analytics (possible to some extent) on Social Media Examiner.

If I want to be generous, because a visitor lands on a chat app, I can call it Landing Page Optimization, since it provides a great way to engage with the visitor instantly in real-time.

But if you know where the visitor comes from (an ad, in this case), what they clicked on and even what they want, what is so “dark” about it? You can measure everything from the start!

Another business using dark social to mobilize customers is Adidas. They use private messaging to address customer issues, questions, and concerns. 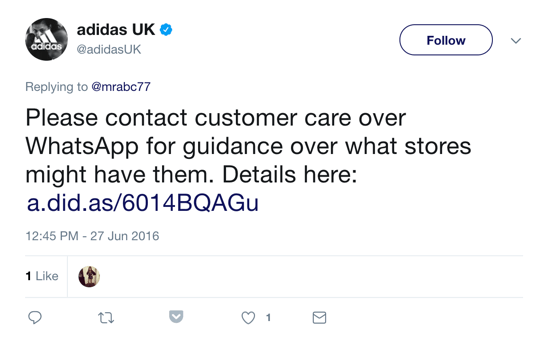 Actually, the original test made by Alexis Madrigal in The Atlantic didn’t even measure shares, just social traffic or visits. At the time there was no technology to track dark social shares.

Now, let’s say this blog post had 1,000 shares. 500 via private messaging – such as a link sent to a colleague via WhatsApp. That’s 50% of shares that are not being tracked currently.

Why is it not so great? Because you have no visibility of what people are sharing, which articles, products and so on. You’re not even aware of that 50% and only see the 500 shares that are made, for example, through public social media.

The public shares (the ones you see) might have generated additional traffic to your site – but what about the traffic driven from private shares? It will end up being reported as Direct Traffic in your web analytics.

For many people, Direct Traffic data is still an uncovered mystery. It’s inconclusive and marketers hardly do anything with or based on it.

Remember when I said Dark Social is kind of a big deal? That’s why.

Though the truth is, on average, private shares bring less traffic per share than “public social” shares, as they’re probably sent to one specific person.

The image below illustrates this behavior:

#3 – Dark Social is not synonymous with Private Channels

“Adidas launched its dark social experiments three months ago with ambitious plans, but so far has no “major learnings”, indicating user engagement is harder to track than it initially thought.”

This article actually has a very good quote about understanding what is and what isn’t dark social, even if it mixes things a bit:

“Adidas has previously said that Snapchat has better retention than Youtube, but Alt (Florian Alt, senior director of global brand communications at Adidas) believes Snapchat is “a dark social platform of sorts”, because “you can’t really understand the metrics behind it so it is hard to measure and compare”. This versus something like Youtube “which is very openly sharing where we can understand the stats”.

I believe that distinguishing the concepts of private channels and dark social as two different things is important. Otherwise, the next thing you’ll see is brands saying that they are tackling dark social by using chatbots, which doesn’t make any sense.

In an older article, it was said:

“WhatsApp was specifically chosen as our research shows that consumers already use the app to create their own micro-communities,” he continued. “Adidas wants to be the most personal brand, so we need to know and understand our consumer in order to have a meaningful relationship…. There is huge potential in dark social.”

In this case, they are mixing community-building with what Dark Social truly is: the bad attribution of traffic. There is indeed a lot of traffic data coming from WhatsApp, mainly because, like Snapchat, WhatsApp is a private channel.

However, it’s not specified if these groups generate any traffic to external websites or if there is content being shared. If that’s not the case, this initiative’s relationship with Dark Social is tenuous at best… it’s just another form of Direct Marketing.

#4 – UTM parameters do not solve the problem

Bitly’s take on the matter:

“Using UTM parameters and shortened links, you can shine a light on your dark traffic. You can use Bitly to track clicks that would otherwise become dark traffic.”

And as an example, they say:

“I include this link (https://bit.ly/bdpimagelab) every time I email clients with their photos. It’s a video explaining how to access your photos”.

In this case, the sender knows exactly where the recipient is going to open the link: in their email. So it should use a UTM code such as “utm_medium=email”.

However, if the recipient then copies and pastes the link into another medium (WhatsApp, Messenger, SMS, etc.) for sharing purposes, the resulting clicks will still have Email as the source, messing up the attribution again. It won’t be attributed to WhatsApp, which is the real source.

I wrote an entire blog post about the inefficiency of UTM codes that explains this problem in more detail.

How can we tackle Dark Social?

Hopefully, by now we’ve clarified all the misconceptions going around. And if you thought these were the ways to solve your Dark Social problem, just know they aren’t perfect solutions.

So now you’re wondering, “well, what should I do then?”

We’re past the time where there was no technology available to track Dark Social. With tools like GetSocial, you’re one step closer to optimizing your content to its full potential by having full visibility of all of your shares.

If you want to know more about Dark Social in 2018, download our free whitepaper here: 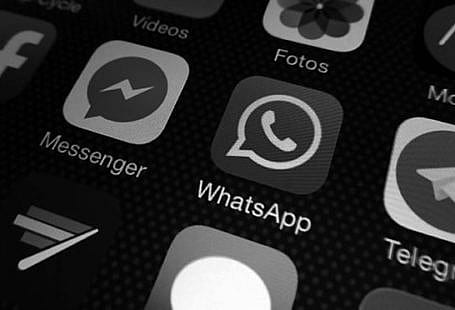 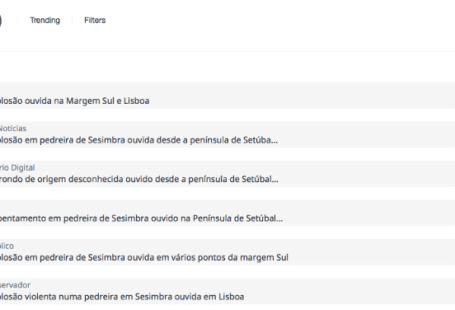 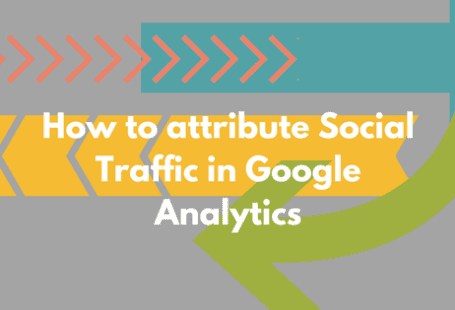 How to attribute Social Traffic in Google Analytics